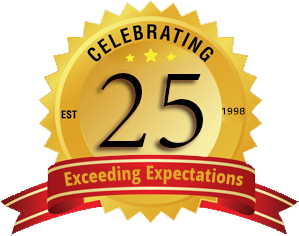 The capital of Egypt, lying north of the country, the Nile splits the city into two parts. Both regions are connected by bridges. Further north, the river splits into two branches forming the Nile Delta.
The center of cultural, social, intellectual, economic and political activity, Cairo also holds a diversity of world famous hotels, glittering night clubs and casinos.
Cairo is the largest city in Africa and the Middle East.

THE PYRAMIDS AND SPHINX OF GIZA:

The Pyramids of Cheops, Chephren and Mycerinus are one of the seven wonders of the ancient world.
A single pyramid is built with 2,300,000 blocks, each weighing an average of 2 to 16 tons.
In the face of such immensity, one cannot help but feel the awe and wonder that so many writers and artists have sought to convey over the centuries. The Cheops pyramid is especially interesting, since its interior burial chambers are open for inspection by the public.
Not far from the pyramids is the Great Sphinx of Giza, which dates back from the time of Chephren (2620 B.C.). Hewn from natural yellowish limestone and standing 65 feet high and 187 feet long, this unforgettable statue combines the head of a pharaoh with a lion’s body.

SOUND AND LIGHT SHOW AT THE GIZA PYRAMIDS:

Guests enjoy a fabulous 55-minutes show at the feet of the Pyramids of Giza, held every evening. This remarkable show reveals the story of civilization and the mystery of the Pyramids.

Memphis served as the capital of Upper and Lower Egypt some 5,000 years ago during the first Dynasty. Menes, the first pharaoh of this dynasty, built a great white-walled palace and the Temple of Ptah there.

One of the most exciting historical and archeological areas in all of Egypt. Sakkara is situated about 19 miles southwest of Cairo. The site is dominated by the famous Step pyramid of King Zoser. It was the first pyramid to be built in ancient Egypt, preceding those at Giza by many centuries, and is the work of the famous Pharoanic architect, Imhotep.

The Egyptian museum is the most important depository of Egyptian antiquities anywhere in the world. It features artifacts from the Pharoanic and Greco-Roman periods, including the celebrated mummies of ancient Egypt’s kings and the renowned Tutankhamun treasures.

THE CITADEL AND KHAN EL KHALILI:

Situated on a spur of Muqattam Hills, the Citadel dominates Cairo’s skyline and was the nerve center of the city and Egypt for almost 700 years. Its construction was initiated in 1776 by Saladin and completed by Muhammed Ali in the 1820’s. Its rich and varied history includes the Mamluk massacre during the rule of Muhammed Ali. Mamluk Sultans and Turkish governors later made it their residence, building palaces and mosques within the citadel such as the Mosque of Sultan Hassan, built between 1356 and 1363 and perhaps the most majestic monument of Arab architecture in Egypt. Khan El Khalili, a famous Cairo bazaar, dates back to the late 14th century.

Considered to be the most famous Coptic Christian church in Cairo, as well as possibly the first built in Basilican style. It was probably built during the patriarchate of Isaac (690–92), though an earlier church building may have elsewhere existed dating as early as the 3rd or 4th century. However, the earliest mention of the church was a statement in the biography of the patriarch Joseph I (831–49), when the governor of Egypt visited the establishment. The church was largely rebuilt by the Pope Abraham (975–78) and has seen many other restorations including an extensive repair and restoration of the church and its surroundings completed in 2011. The church is the site of several reported apparitions of Mary. She is said to have appeared in a dream to the Coptic Pope Abraham in the 970s AD in the story of how the Muqattam Mountain was moved by faith.

Also known as Abu Serga, in Coptic Cairo is one of the oldest Coptic churches in Egypt, dating back to the 4th century. Saints Sergius and Bacchus Church is traditionally believed to have been built on the spot where the Holy Family, Joseph, Mary and the infant Jesus Christ, rested at the end of their journey into Egypt. They may have lived here while Joseph worked at the fortress.

The Coptic museum houses the world's most important examples of Coptic art, containing the world's largest collection of Coptic artifacts and artwork. Coptic monuments display a rich mixture of Egyptian, Greek, Roman, Byzantine and Ottoman traditions, linking ancient and Islamic Egypt. The objects are grouped into different mediums, such as stonework, woodwork, metalwork, textiles and manuscripts. The total number of objects on display is about 15,000 objects. It was founded by Marcus Simaika Pasha in 1908 to house Coptic antiquities. The museum traces the history of Christianity in Egypt from its beginnings to the present day. It was erected on 8,000 square meters offered by the Coptic Orthodox Church of Alexandria under the guardianship of Pope Cyril V.

The Ben Ezra Synagogue stands in a pleasant shady garden in the center of Cairo. Its long existence is attested to by the accounts of many travelers who visited it over the centuries, including Benjamin of Tudela in the 13th century, who records that he saw the Torah of Ezra the scribe there. The first Jewish synagogue was destroyed when the Romans occupied Egypt and was later rebuilt by Abraham Ben Ezra, the chief rabbi of Jerusalem. It contains a number of artifacts, including a Torah on gazelle skin dating from the 5th century B.C., a drawing of a seven-branched candelabra on deer skin, and the manuscript known as the “Atlas of Moses”.

Also referred to as Medieval Cairo or Fatimid Cairo, was founded in 969 as the royal enclosure for the Fatimid caliphs, while the actual economic and administrative capital was in nearby Fustat. Fustat was established by Arab military commander ‘Amr ibn al-‘As’ following the conquest of Egypt in 641, and took over as the capital which previously was located in Alexandria. However, even though the Arabs admired Alexandria's glamour and wealth, they chose to establish a new capital on the east bank of the Nile. Here, the Amr ibn al-A'as Mosque was built, the first mosque in Africa. Later rulers added many additional mosques and palaces in the area around Amr Mosque. Today, Islamic Cairo includes the Mosque of Ibn Tulun (the oldest and largest in Cairo), Al-Azhar University, the oldest university in the world, the Al-Hakim Mosque, and many other famous mosques and buildings.